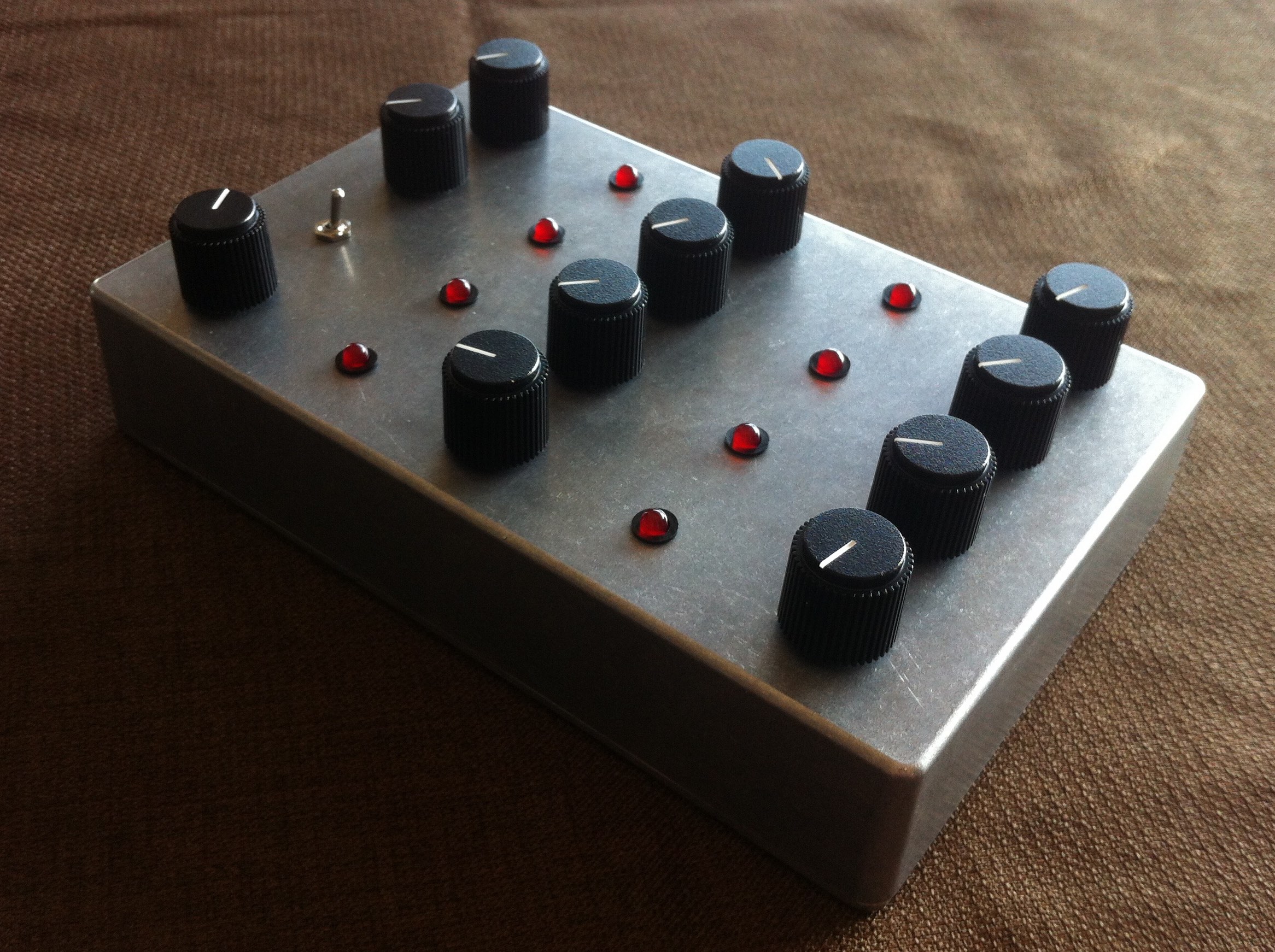 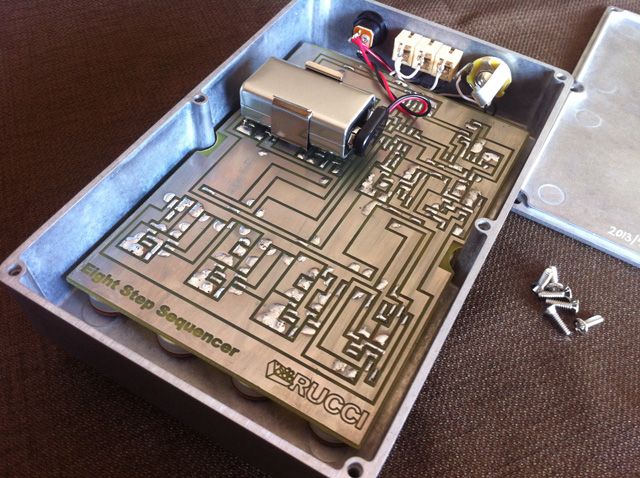 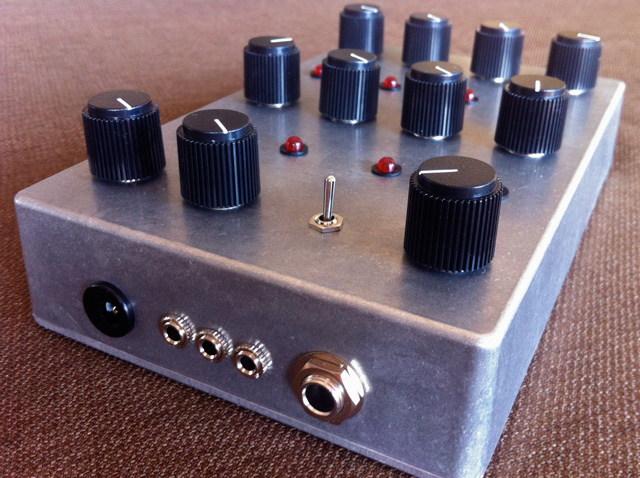 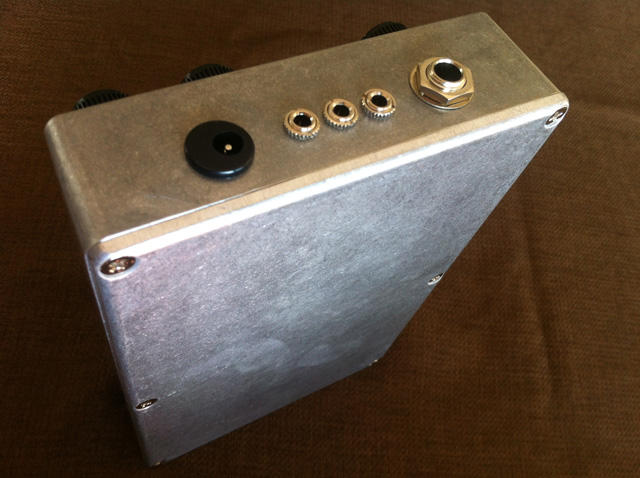 This contains eight square-wave oscillators that are triggered in a eight step sequence.

You have control over the speed of the sequencer as well as the pitch of each step. There is also a built in low-pass filter and volume control. With the LPF rolled down you can raise the pitch of an individual step out of range, essentially turning off that step.

This syncs up with other devices that make use of 5volt clock. Over 1/8″ (3.5mm) jacks it has a sync input and two sync outputs, one that outputs clock for each step and one that outputs clock per full sequence. This allows multiple units to sync up either step for step or overlapping. Sync in is closest to the DC input, in the middle is the sync out, and closest to the output jack is the sync out with one pulse per full sequence.

It is housed in an extremely tough, raw aluminum case. It is powered by an included 9volt battery or any 9volt center-negative DC adapter. It has a standard 1/4″ jack that is easily connected to amps, effects or recording equipment.